IPKF debacle and the colossal failure of the peae pact

The biggest forced eviction happened when tamils were driven off from western provinces and sinhalese farmers made the same as their residence. ( Courtesy : SLA) .Dileepan , the leader of LTTE's political wing was really concerned about this and questioned IPKF that this is not the proper way to bring ' peace '.


He announced 'fast until death' in september 15 , 1987 asking for three important promises from indian government.

1. There are many innocent tamils captured as prisoners with false cases filed against them and as per the peace pact they should be released without delay.


2. In the eastern provinces GoSL should stop making forced evictions of tamils and increasing sinhalese residences.


3. The police and army camps in tamils places should be closed immediately.


4. Federal form of government as promised should be implemented immediately as promised.

IPKF 's general was Dhibendar singh and Indian army general was Gen.Sundarji and both of them were perplexed in this issue and they dont really know what to do.As a result of all these hue and cry and confusions , exactly after 12 days at september 26 dhileepan died. The whole yazhpanan was burning due to this , all tamils were restless due to this arrogant and careless attitude of indian government which caused them the valuable life of dileepan.Dileepan is still now recognised as one of the greatest martyrs in eelam history. 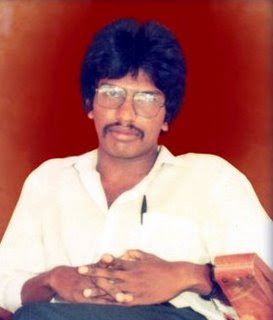 The IPKF debacle started with this incident on october 3rd when 17 LTTE cadres were arrested by SLA. It included kumarappa ( commander in chief for triconamalee region) and pulenthiran ( commander in yazhpanam region).IPKF rushed to the spot and LTTE condemned this by saying that it is clearly against the peace pact and asked GoSL to release them.Dhibendar singh was there in the spot and even the indian ambassadon for lanka Mr.Dixit was there but jeyawardane didnt allow them to perform their duty.Subsequently in october 5 anton and matthaya met them at balali camp and returned.GoSL was later shocked to hear the news that 12 out of 17 have tasted cyanide and they are dead and remaining 5 were hospitalised.They were alarmed when they heard another news , 8 sinhalese officials were hanged in yalpanam bus stand. Peace pact was torn into pieces.


Then came the order from india to exterminate LTTE and the marauding indian army now replaced the SLA. About 8000 people were killed and there were 3400 rapes . In the name of decimating LTTE it did nothing but raped tamil women and killed them mercilessly.This was the time when virtually tigers hit back the indian army with great rigor.


In october 12 , 1987 IPKF stealthily moved forward towards prabhakaran's place . The first troop consisted of 72 members and it was 91 in the second troop and some 103 were dropped from helicopters.

Start was the command from prabhakaran and he had matthaya , pottaman and other cadres with him , the soldiers trying to come down from helicopters were shot dead instantaneously. Only 2 IPKF men returned to their camp alive that night.


Later in november 1988 EPRLF and ENDLF participated in the elections and won it eventually ( LTTE boycotted the same ) and varadharaja perumal became the minister of state.In january 2 , 1989 premadassa became the president and he was the one who was more irritated by the indian intervention than the tigers. In fact prabhakaran and premadassa joined hands in a point to drive IPKF away from lanka. After rajeev's tenure in march 24 , 1990 IPKF came out of lanka. Karunanithi met V.P.Singh and asked him to get back the IPKF.


In the 1971 war against pakistan india lost 1047 soldiers from their side but IPKF lost 1115 men and they candidly conceded that they have under estimated the tigers.
Posted by Prakash at 10:26 AM

Labels: Ethnic conflict in lanka and its roots